Why I want to live in the wild?

I think many of you came up with the idea - " I want to live in the wild!" I'll try to list the reasons why the move is to live out of town - on the environment. 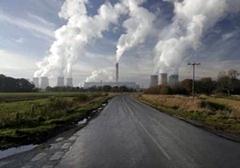 I think the argument is meaningless, since it is obvious. The man reaches out to nature - because in the wild, he can breathe clean air, drink pure spring water, to grow healthy food, etc. The person chooses the clearest area, away from the polluting factors (plants, factories, highways), the further away from the city. A man tries to protect himself and his family from the effects of these factors. He wants to be healthy, to grow strong and healthy children. A man moves to the nature, not in order to survive out there - he goes back to live there. Life in the city is not a life and survival. He tries to adapt to the environment and the environment plays a trick on him.

Dioxins - Organochlorine compounds formed by burning of household waste, which have potent mutagen, immunodepressantnym, carcinogenic, teratogenic and embryotoxic effects. They are poorly degraded and accumulate in humans and the biosphere of the planet, including air, water and food.

Vinyl chloride - selects the combustion of toxic substances. A strong poison that renders a person carcinogenic, mutagenic, and teratogenic effects.

Benzene - Toxic and carcinogenic substance. Benzene vapor can be absorbed through intact skin. If the human body is subjected to prolonged exposure to benzene in small quantities, the consequences can be severe. In the case of chronic poisoning by benzene can cause leukemia (blood cancer) and anemia (lack of hemoglobin in the blood). Benzene is a member of gasoline, is widely used in industry, is the feedstock for the production of various plastics, synthetic rubber and dyes.

Aldehydes - Toxic. Accumulate in the body. In addition to general toxic, and irritant and neurotoxic effects. Some are carcinogenic.

Carbon monoxide - goes into the air in all types of combustion. In urban areas mainly in the exhaust gases from internal combustion engines. Carbon monoxide avidly binds with hemoglobin, forming carboxyhemoglobin and blocks the transmission of oxygen tissue cells, which leads to hypoxia hemic type. Carbon monoxide is also included in the oxidation reaction by disrupting the biochemical balance in the tissues.

Oxides of nitrogen - about 10 times more dangerous than carbon monoxide. Nitric oxide NO - a powerful poison that affects the central nervous system, as well as causing loss of blood due to the binding of hemoglobin. The relatively high toxicity (at concentrations above 0.05 mg / l) and nitric oxide has NO2. It irritates the airways and inhibits aerobic oxidation in the lung tissue, which leads to the development of toxic pulmonary edema.

Ammonia - The physiological action on the organism belongs to a group of substances, and suffocating neurotropic, capable of inhalation injury cause toxic pulmonary edema and severe nerve damage.

Ionizing radiation - The ionization produced by radiation in cells leads to the formation of free radicals. Free radicals cause destruction of the integrity of the chains of macromolecules (proteins and nucleic acids), which can lead to massive cell death and carcinogenesis, and mutagenesis. 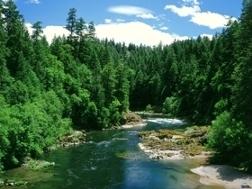 I think also there should be no dispute. Aesthetics of Nature in no way be compared with the aesthetics of the city. These gray concrete buildings, mud, dirt - makes a person a negative emotion. But the beautiful forests, majestic mountains, murmuring rivers, sprawling meadows - a much more attractive to people. The man reaches for this beauty, wants to connect to it, be part of it. Well, surely the natural beauty can be compared with the questionable beauty of urbanity? There are beautiful buildings in the cities, well, in fact beautiful mountains and rocks. There are parks in urban chic, but that woods and fields better. In the forest, the beauty of natural and man-made in the city. And that, for the sake of a few of these buildings and parks you are ready to give up the natural beauty? 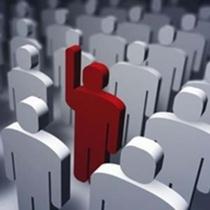 No wonder why modern society is not like someone who decides to leave town. Lack of spirituality and immorality, vanity, and a constant craving for the material. It starts with a conflict of interests and ideologies, people simply do not understand - he becomes a stranger in this society. In order for him to conform to the standards of a society that is considered normal for them, the same as all - that he had to dissemble, to show himself not as he really is. Well, if one removes all the masks and show their real face, his identity, individuality - it is usually does not coincide with the usual stereotypes and orders of society. And so begins the discomfort, he and others of his colleagues, classmates, etc. And you say: "Can a sick man?" No, absolutely healthy! "Maybe he just unsociable?" No, he had many acquaintances, friends and associates. Cheerful and helpful! "I guess if sectarian?" No! "Well then what's wrong with him?" All right, maybe it's you bad? People do not think about it. So constituted man. The opinion of most people - this is the truth, but as a thinking individual man - is a lie. This is a democratic ideology, as the majority decides - and will. m Majority rule. No one does not think that this might not be correct. At the head of people do not fit thought, what the majority can be wrong. It is easier to recognize someone guilty of one, than a large company of beautiful and charming people. It is much easier to hang a label on the person than to understand the problem, or at least try to understand. It is much easier to lose all the problems on one person, than to understand the problems of the majority. And then, what does this microsocium, with their attitudes and regulations, against the backdrop of a huge number of population? This is a drop in the bucket. And what is considered normal in a society - not the norm in another. So you should not dub all under one. And also, it follows that we should not go for the majority, and think with your head. What if everyone from the 16th floor to jump, then you also go?

On this "injustice" and built most of the individual microsocial, companies, collectives. The essence of all one - it's herd mentality - I do as all. You say: "What this man does not try to change them all, and immediately runs away from problems?" If he is trying to change them all - he does not change and lose their identity.

Now everyone is aware that almost every food product which is sold in stores is dangerous.

Among other things need to believe that the products sold in the store - may be expired. Meat / fish may simply be spoiled and treated with a special solution, which can not be determined because of their quality at first glance. 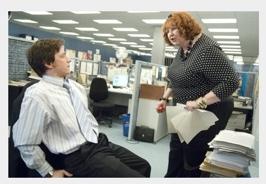 In order to exist normally in the city - you need a permanent, stable income. Since you have to pay for utilities, for food, clothing and more. These all factors make a person go to do some work to earn money. City resident lives according to the scheme: Work - Money - Shop - Food. And striving to live outdoors person - dismisses two points of the scheme and the lives of this: Work - food, he works to food, sweeping away the money and shop. Living on the nature of cost-effective, because he make all product. Except for some details, such as salt, matches, etc. These are not numerous details and the money should not so much that he can earn, for example by selling their surplus (honey, vegetables, fish, meat, milk, etc.) He does not pay for many public utilities (maybe only electricity and a land tax once a year), does not have to pay for food (the quality of which we already know), and for other things too, do not. Life in the city is not economically profitable, it makes people dependent, making it a slave. It subjects its own, taking the precious freedom.

Such a life is well suited for agricultural development in the country. Take a product for as long as necessary, and sell the surplus. These surpluses coming to the market, people buy them. Villager received in return the money or other necessary things. If there is a lot of farms, the country has fewer will need to import food. Thus, it benefits both their country and its people. 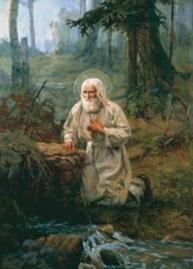 Many people want move to live in nature, and because of this reason. Because they want to change yourself for the better. After all, long been known that the renunciation of the vain man is doing more. Because he avoids all temptations, which gives him the city and tries to change himself for the better, tends to self-improvement. Many go into asceticism, have resorted to spiritual practices. Even the unbeliever gets peace of mind in harmony with nature. People less angry, experiencing stress. Measured life in harmony with nature makes a person better. The man was leaving because he wants to live in peace of mind and balance with wild nature.

7) The desire for freedom 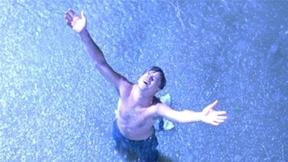 Each person is free from birth, but over time, this freedom is lost and he becomes a slave to all sorts of things, the factors of. For many it is the desire subsides with time, but is not disappearing. And can not light up again due to various factors impeding it. But some people wake up this desire and they try all means to achieve freedom at all costs. Freedom is driven by them and is the main stimulus in their activities. 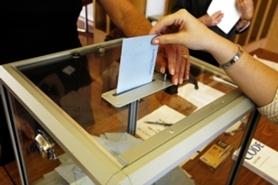 A person does not agree with the government, its not like it. Democracy is not observed. He does not recognize democracy as it is the power of the majority, but a man for equal rights. He is against totalitarianism and authoritarian regime, in which he is forced to live in the city. In the city actions of government more is better manifested than in the forest. In a remote area he lives as he wants. Of course, without bigotry - not breaking the law. In the forest there is no such tight control of power in the city. Yes, even the police, and then once again not to go, given the bad dirt roads. A person does not agree with the current government and does not want to be part of the state where executed by the state's interests, not people. Although to be the opposite - government for the people. 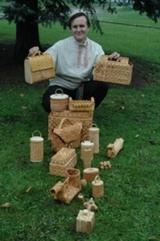 Any person, among other things - can to have personal reasons. Perhaps ideology (such as primitivism, stalking), perhaps his hobbies related to nature (such as archery, survival in the wild, primitive crafts, hunting, fishing, etc.), or even some of his, which he was not accustomed to spread. In the city of man is, as in the 4-walls. Wherever he went - everywhere need the money. He can not afford to do what he likes, because it sits in a kennel and can not get out of it. To do what they like, you need to get out of town to spend the money and time, and the time it is usually because he's busy with work.

What do you think, on the basis of these reasons - can a man get out of town, or they are not enough for this? In this I want to live in the wild.