The widest part of the Ural Mountains. Located on the territory of the two countries: Russia and Kazakhstan. The southern edge of the Southern Urals (Mugodzhary) lie in the Aktobe region of Kazakhstan. 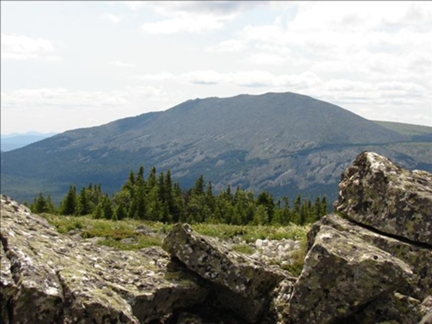 Located in the Republic of Bashkortostan, almost on the border with the Chelyabinsk region. The ascent starts from the village of Tyubuk, where you can leave the car. Iremel is the second largest peak of the Southern Urals. Nearby is a small peak Iremel (1449m). The tops are separated saddles site approximately 1 km wide and a height of 1200-1250 m mountains translation of the name is not defined.

The weather station on the ridge Far Taganay (1114m) 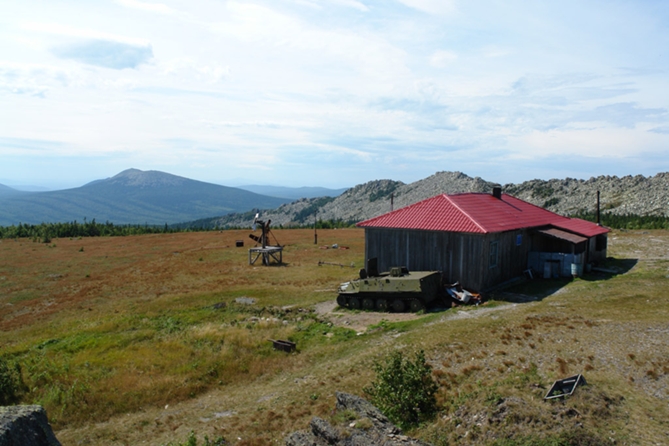 It is located in the Chelyabinsk region, near the town of Zlatoust. Founded August 20, 1932 at an altitude of 1108m. During the observation period was recorded minimum temperature of +35 and -50 degrees maximum. In 1992 came the era of chaos and lack of money and seeing it stopped. Taganay means "holder of the Moon." 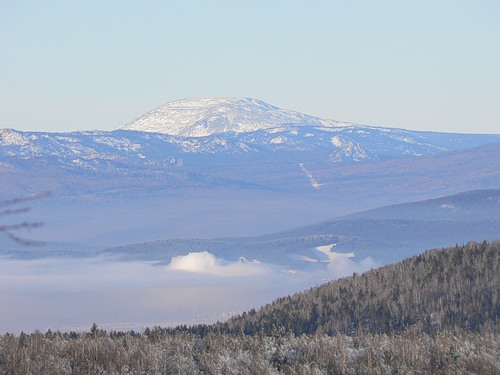 Located in the Republic of Bashkortostan. Is the highest point of the South Urals. Nearby is a small mountain Yamantau (1510m). Is closed for the sites. But rumor has it that the tourists do go there without fear of the consequences. According to some sources at the foot of the mountains, in the closed city Mezhgorye conducted a large-scale secret underground construction. In translation the name of the mountain means "Poor Mountain" or "Evil Mountain". 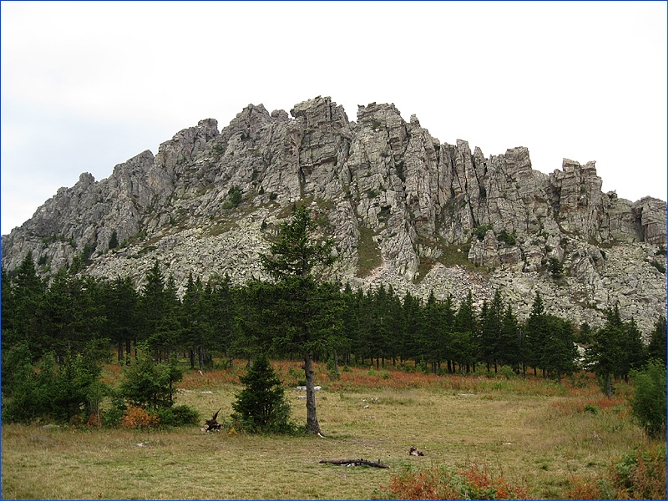 Located on the ridge of Big Taganay in the Chelyabinsk region. The height of the cliffs on one data up to 100 meters, on another 150, and then all of 200. The reason of the name - Multiple echo (up to 12 times), which is formed on the eastern slope of the ridge of the human voice. 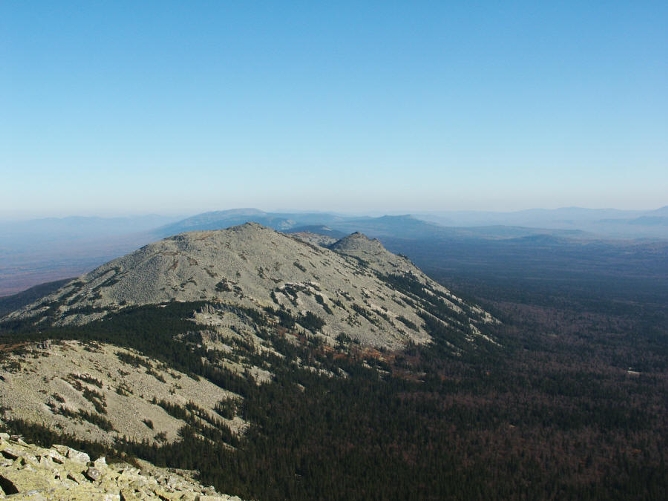 Located on a ridge Zigalga in the Republic of Bashkortostan. Zigalga is bordered on all sides by river valleys. In the south of the River Ridge limited B. kata in the south-east and north of the valley Yuryuzan, in the north-west - the valleys of the tributaries and B. Katav Kutorki, which, in turn, also fall into Yuryuzan. 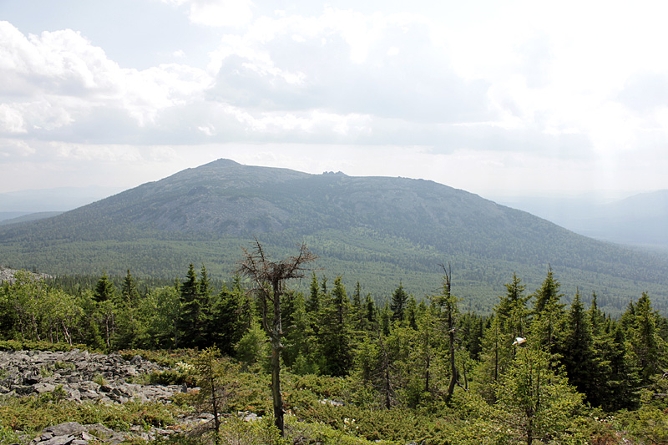 Located on a ridge Nurgush, which is the highest in the Chelyabinsk region. Divided into three parts: Large, Medium and Small Nurgush. The length of the ridge about 50 km, it stretches from the north-east to south-west. The name means "The Glorious Bird". 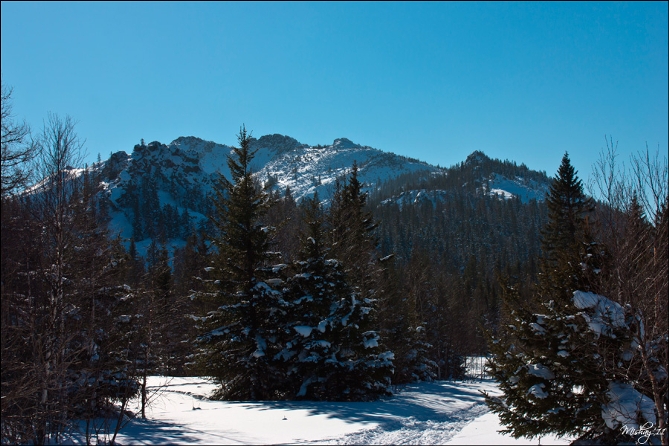 Located in the national park Zyuratkul in the Chelyabinsk region. It should be noted that the emphasis in the word "bitch" must be done on the last syllable, ie the letter "A", and not otherwise! It is located in the area between the rivers Small Satka and Yuryuzan.

The climate of the Southern Urals is continental: cold winters and hot summers. Annual precipitation is 350 to 700-800 mm per year. Unusually heavy rains in the summer. On the climate significantly affect the Ural Mountains - an obstacle to the movement of air masses. In winter, the weather determines the Asian anticyclone, invading from Siberia, and in the summer Arctic air masses coming from the Barents and Kara seas and tropical winds from Kazakhstan and Central Asia. Continental climate increases from north-west to south-east. The average temperature in January is -15 -18 degrees, from July 12 19. Annual amplitude can reach 50 - 70 degrees.

Precipitation is distributed fairly evenly: on the tops - up to 800 mm, and on the eastern slopes - up to 500 mm.Naibolshaya total precipitation falls in June-avgust.Snezhny cover of thick (up to 50 cm) and long (up to 170 days).

Weather in the most favorable for the hiking travel time is as follows: June - at the beginning of the month the weather is usually cool, with rain, around June 6-8, on the ground may be frozen, but at night the temperature often falls below zero. After mid-June, is set warm weather with temperatures of 22 - 24, sometimes up to 34 degrees. Some of the heat noisy thunderstorms. At the end of the month begins hay. However, at this time in the forest a lot of mosquitoes, midges.

July - average temperatures can reach +37. In the first ten days of the month are usually thunderstorms, and the second half of the month is dry and hot. During this period, dramatically increasing the risk of forest fires.

August - the day gets shorter, more frequent rains - small, cool, increasing cloudiness. Earlier this month, still warm, but in the third week may be cold.